Shopping Cart
Your Cart is Empty
Quantity:
Subtotal
Taxes
Shipping
Total
There was an error with PayPalClick here to try again

Thank you for your business!You should be receiving an order confirmation from Paypal shortly.Exit Shopping Cart

Throw Back Thursday: Birth of the Jimi Hendrix Experience!

It's Throw Back Thursday once again and today was the Birth of the Jimi Hendrix Experience!  Yep, today back in 1966 the Jimi Hendrix Experience was created with Jimi on guitar & voclas, Noel Redding on Bass and Mitch Mitchell on drums.  While performing as Jimmy James and the Blue Flames, Jimi was noticed by Keith Richards (of the Rolling Stones) girlfriend who introduced Jimi to Keith, who introduced Jimi to Chas Chandler who was leaving the group the "Animals" and was interested in managing and producing artists.  A new band was soon assembled with Mitch and Noel and became the Jimi Hendrix Experience.  This was actually mid stream for Jimi's music career.  Jimi began playing guitar when he was 15.  In 1961 he enlisted in the Army and had his father send him his guitar where he began to perfect his soulful style.  When discharged he began playing gigs on the Chitlin Circuit and soon was in the Isley Brothers band and then with Little Richard.  He recorded with the Isley Brothers (Testify 1 & 2), with Little Richard's Upsetters (I Don't Know What You Got) and with Don Covay (Mercy, Mercy).  In 1965 he made his first TV appearance on the show "Night Train" performing in Little Richards band and backing Buddy & Stacy on "Shotgun" (you can still find this appearance on You Tube).  Later that year Jimi joined Curtis Knight and the Squires Band and recorded "Would You Feel and Welcome Home".  Jimi even spent some time in Joey Dee's Starlighters.  Although Jimi was schooled in R&B , Blues and Soul music, he had a new concept up his sleeve ... Enter the Jimi Hendrix Experience.  Jimi soon became the highest paid performer after appearing at the Monterey Pop Festival, Woodstock and the Isle of Wright Festival.  He is arguably the greatest Rock/Psychedelic Guitarist in the history of Rock music and one of the greatest rock guitarists of all time as proclaimed by the Rock and Roll Hall of Fame.  Unfortunately we lost Jimi Hendrix when he was only 27 years old.  Imagine what he would have and could have accomplished had he lived a full life!  Till tomorrow, stay safe, stay healthy, help a neighbor when you can ... and GOD Bless! 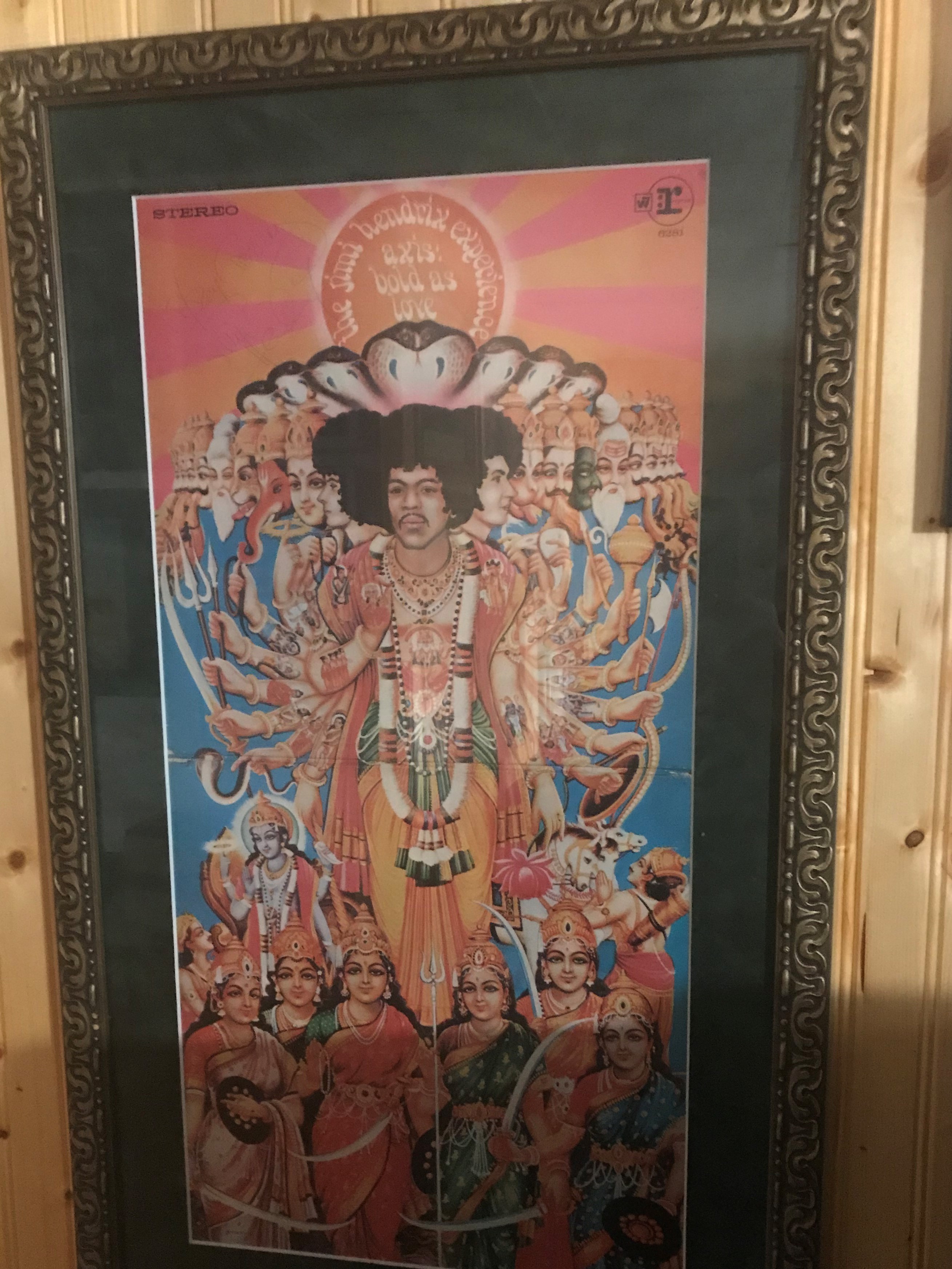