Tune in Tuesday: The Geator with the Heater ... Jerry Blavat

Don't touch that dial, it's Tune In Tuesday ... the Geator with the Heater, the Big Boss with the Hot Sauce ... time for the Jerry Blavat Show!  Jerry Blavat, a Philadelphia Icon, a Nationally known DJ, a music promoter, a TV personality and a pioneer of radio personalities.  Jerry was born in Philadelphia and in 1953 debuted on the origianl Bandstand TV Show on WFIL with Bob Horn (pre Dick Clark).  He got his start in radio in 1960 and by 1963 had a syndicated radio show.  Jerry was another one of those great jocks that refused to use a playlist and once said ... "Playing music from the heart and not a research chart".  During the 1960's he was a partner in the Lost Nite & Crimson Record Labels  and was part owner of the Record Museum, which was a chain of record stores in the Philly area.  Jerry Blavat produced and hosted a weekly TV show in Philadelphia from 1965 thru 1967 called "The Disophonic Scene!".  The Geator also made several appearances in TV shows the likes of; "Mod Squad", The Monkees", "The Tonight Show" and "The Joey Bishop Show" and made some cameos in movies; "Desperately Seeking Susan", "Baby It's You" and "Cookie".  I remember seeing Jerry a few times when I worked in Center City Philadelphia, his live appearances were always a gas and very hip.  I first met Jerry Blavat through my good friend and radio Idol, Porky Chedwick and had the pleasure of spending some quality time with him and Porky at the Rock and Roll Hall of Fame when they were receiving their recognition award for the new exhibit "Dedicated to the One I Love".  Jerry Blavat was always ready for a photo op and had a serious smile but when he had a microphone in his had he was dangerous, explosive and like the pied piper with teens (from 13 to 70) following him.  He was and still is ... "The Geator with the Heater!"  Till tomorrow, stay safe, stay healthy, help a neighbor when you can ... and, GOD Bless! 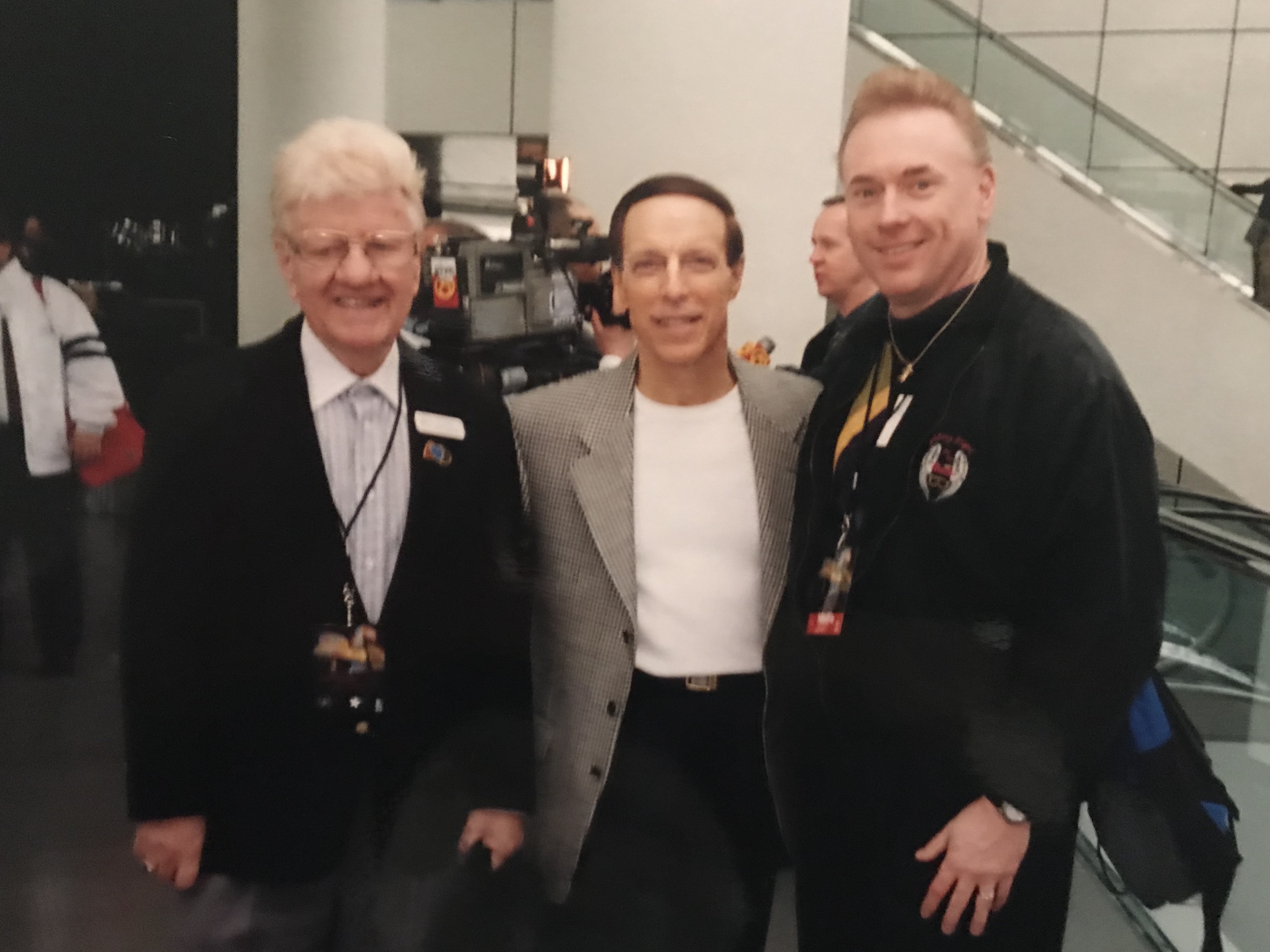