Time once again for some Soul Sunday ... from David to Dennis ... the road to Temptations!  As many of you know from listening to my Heavenly Soul Show on Sunday nights, jukinoldies.com, my all time favorite Soul Group is the Tempting Temptations!  I have followed this fantastic vocal group from their beginning, through personnel changes and conflict.  I can still remember the day David Ruffin left the group ... I feared it was the end of the Temps, but a gentleman by the name of Dennis Edwards took over for David and a new era of Temptations and hits began to surface.  Dennis Edwards began singing as a todler in his father's church and as a teen he joined the Gospel group "The Mighty Clouds of Joy".  In 1961 Dennis wanted to purse a career singing Soul and Jazz rather than Gospel and started his own group called Dennis Edwards and the Fireballs recording a record called "I Didn't Have To (But I Did)" with a flip side called "Johnnie on the Spot" for the International Soulville Label.  In 1966 he audtioned for the Motown label and was placed on retainer and later that year he was assigned to the Contours after Billy Gordon took sick.  While a member of the Contours, they opened for the Temptations several times and came to the attention of Eddie Kendricks and Otis Williams, who were considering replacing their lead singer at the time (David Ruffin).  in 1967 Dennis quit the Contours and was placed back on retainer but in 1968 was called up as the replacement for the great David Ruffin.  Dennis edwards recorded with the group adding a new batch of Temptations classics like; "Cloud Nine", " I Can't Get Next To YOu", "Ball of Confusion" and "Papa Was A Rolling Stone".  In 1984 Dennis was replaced by Ali-Ollie Woodson and he began his solo career.  Dennis made several appearances as a group called the three lead singers of the Temptations with Eddie Kendricks and David Ruffin and he had his own version of the Temptations that were billed as a tribute to the Temptations.  While visiting my friend Shaun Pierce in Detroit, we caught one of Dennis' tribute shows  and although it was very entertaining, nothing takes the place of the orifgianl Temptations.  Till tomorrow, stay safe, stay healthy, help a neighbor when you can ... and, GOD Bless! 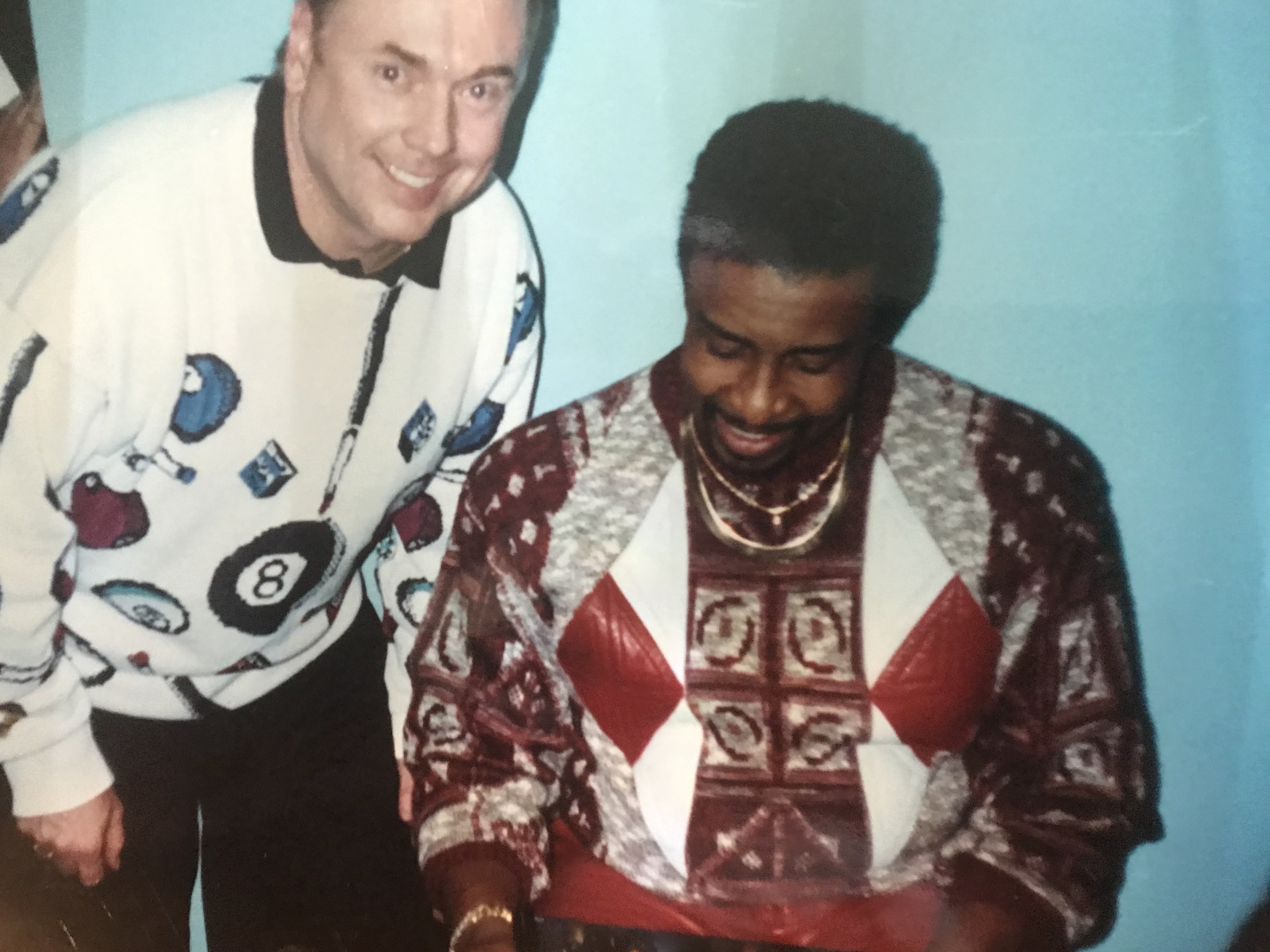