Shopping Cart
Your Cart is Empty
Quantity:
Subtotal
Taxes
Shipping
Total
There was an error with PayPalClick here to try again

Thank you for your business!You should be receiving an order confirmation from Paypal shortly.Exit Shopping Cart

Feature Friday here at the Ginchy Stuff Blog and today once again I'm gonna talk about Friendship and especially the one with Mike Vale of the original Shondells.  Yes, Tommy James and the Shondells ... Tommy of coarse came from Michigan but the famous Shondells who co-wrote and recorded most of the hits were actually from the Greensburgh area.  Here's how it happened:  Tommy James recorded a re-make of the song Hanky Panky and it didn't do to much in the Michigan area however, a DJ here in Pittsburgh by the name of Mad Mike got wind of it and began playing it.  Well the record started to catch on and Tommy did not have a band and was passing through Pittsburgh.  He stopped in a local club in Greensburgh called the Thunderbird and heard a group playing and was blown away by their sound.  The name of the group was the Raconteurs.  Tommy asked them if they would like to become the Shondells and the rest is Rock n' Roll History.  These guys co-wrote  and recorded most of the great classic hits, songs like "Mony, Mony", "Crystal Blue Persuassion", "I Think We're Alone" and the list goes on.  The four greensburgh guys making up the Shondells were, Peter Lucia on Drums, Eddie Gray on Guitar, Ron Rosman on keys and Mike Vale on Bass.  Mike, Ron and Eddie still perform today as the Crystal Blue Band and I have had the pleasure of touring with and performing with this historic trio.  Here is how the friendship started.  I/we of coarse all knew who the Shondells were but did not really know all the guys names at the time.  And after the Raconteurs left the Thunderbird, we, the Cordells, perfomed at the club so there was some conection.  Flash forward 25 years...I was attending a celebrity golf outing where they take alumni of the Pittsburgh Pirates and music alumni in Pittsburgh and team them up with golfers to golf for charity.  So I'm sitting at a table with fellow Music people and I introduced myself to Mike Vale.  We began to talk and he mentioned he was in the Shondells, that's when the friendship actually started.  Mike and I clicked immediately and soon after began doing golf outings together and jamming at the events.  I did some studio work with Mike for his solo album and Mike began making appearrances with my All Star Jam Band.  Today the Crystal Blue Band and Johnny Angel and the Halos do concerts together.  Mike is one of the most generous men I know and a family man through and through.  Mike and the guys performed with us at the Liver Benefit Concert at the Roxian Theater  a few months ago with Eddie Holman, The Jaggerz, and so many more of our Pittsburgh music friends.  Funny how things just seem to work out here in da 'Burgh!  Till tomorrow, stay safe, stay healthy and help a neighbor when you can... God Bless! 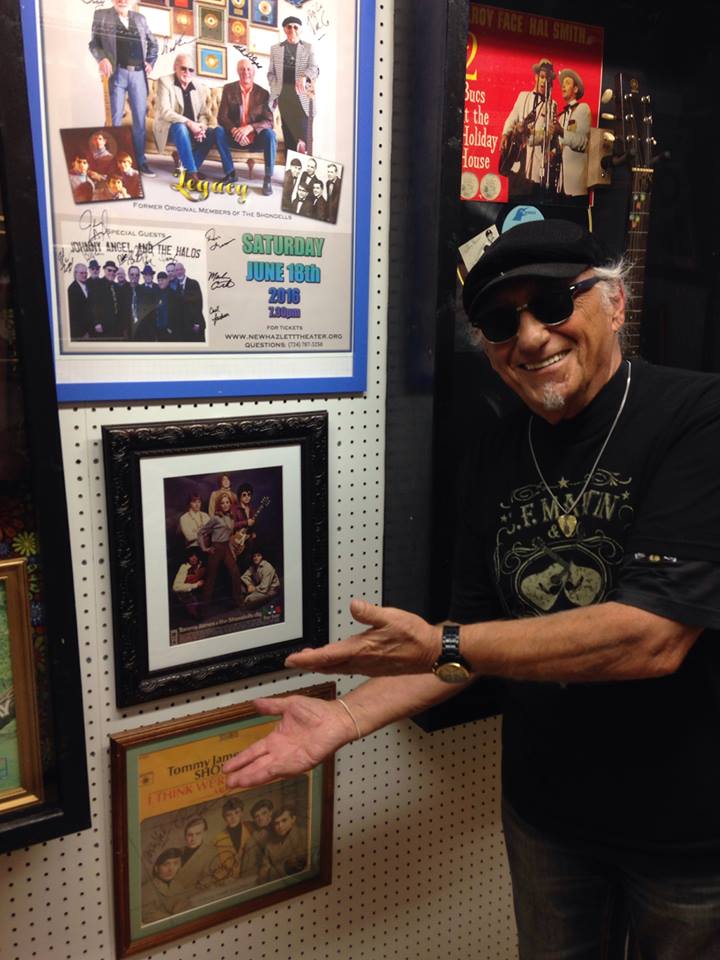